The Management Board is the steering committee of the network; it decides on strategy and monitors the implementation of the work programme. It is entrusted with the overall responsibility of the association management. It appoints the Secretary-General. Only the regions (Full Members) may nominate representatives to the Management Board.
Management board members are elected for a 2-year term of office which may be renewed. The minimum number of Board Members, including the President, Vice President(s) and Treasurer, is 3 and cannot exceed 17. 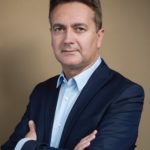 Graduated as Engineer in Industrial Chemistry (Conservatoire National des Arts et Métiers), Thierry Cotelle has managed several SMIs (Small and Medium Industries) in the aeronautics sector for 25 years and is currently General Director of a Business Unit at Satys Aerospace.
In terms of political commitments, Thierry Cotelle has been Deputy Mayor of Toulouse in charge of employment, economic development, space and aeronautics between 2008 and 2014. Thierry Cotelle is Regional Councillor since 2016 and was previously President of the regional agency for renewable energies (AREC). Since 2021, he is First Vice President for the Commission “Economy, Employment, Re-industrialisation” and belongs to the following thematic commissions “Climate Emergency” and “Water and Risk Prevention”. Thierry Cotelle has been elected NEREUS President in December 2021. He is also a member of the Board of NEREUS-associate member Cité de l’Espace for 20 years. 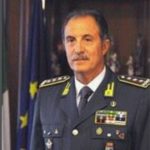 Vito Bardi,  former Deputy Commander General of the Guardia di Finanza (Army Corps),  has been elected President of the Basilicata Region on 24/03/2019 with 42% of consensus.  He leads the regional government since 16/04/2019. He started his long military career in Guardia di Finanza . He was promoted Colonel in December 1995 and he commanded the Tuscany Region of Florence. He was appointed Brigadier General in January 2001 and Head of the 1st Department of the General Command. He was promoted Major General in January 2005 and he was assigned as Regional Commander of Campania. As General in the Army Corps, promoted in February 2009, he held the posts of Interregional Commander of Southern Italy and then Inspector for Educational Institutes. He was then appointed Deputy Commander General of the Corps (Guardia di Finanza) from 5/09/2013, until 4/09/2014. President Bardi holds a degree in economics, law, international and diplomatic sciences, financial economic security sciences .

Professor Mark Lester is Professor of Solar Terrestrial Physics at the University of Leicester.  He has over 40 years’ experience working on the space plasma physics with personal research interests in ionospheric and magnetospheric physics and has published nearly 350 papers in the scientific literature.  He has extensive experience of working with and operating HF radars and is the Chair of the executive council of the Super Dual Auroral Radar Network (SuperDARN).  He has also worked with a variety of spacecraft data sets and is currently working on a project involving various spacecraft at Mars.  As a Professor at one of the UK’s leading Universities involved in space research, he also believes passionately in the training and education of the next generation off space scientists and engineers. 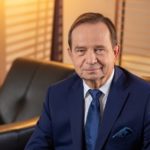 Władysław Ortyl – Marshal of the Podkarpackie Region, Poland (elected in May 2013), member of the European Committee of the Regions and COTER commission. Degree in aviation construction at Mechanical Department of Rzeszów University of Technology in 1979. From 1992 to 1998 – Chairman of the Board of Mielec Regional Development Agency. From 2005 to 2007 – Secretary of State at the Ministry of Regional Development where he was responsible for the implementation of Integrated Regional Operation Programme and preparation of Regional Operation Programmes, as well as the Eastern Poland Operation Programme and transborder programmes cofinanced by the EU. From 2005 he was also the Member of the Senate where he chaired the National Defence Committee. 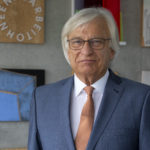 Senator E.h. Wolfgang Wolf completed his vocational training and obtained the right to study at the same time. He then studied economics at the Eberhard-Karls-Universität Tübingen at the same time Wolfgang Wolf worked in the Institute for Applied Economic Research (IAW). After completing his studies, he worked as a research assistant at the University of Tübingen, as well as a department head at the regional association of the local health insurance companies in Württemberg-Baden. Wolfgang Wolf has been working for the Baden-Württemberg-based Industry Association (LVI) since 1980. He was appointed to the management of the LVI in 1981 and became a member of the Executive Board of the LVI in 1994. He headed the founding of the Aerospace Forum in Baden-Württemberg (LR BW) in 2005 and since then has been Managing Director of LR BW. In the 12 years since the founding of LR BW, he has been particularly active in the aerospace industry as an important cross-section technology of Baden-Württemberg, in politics and other industries. He is also managing director and board member of other associations and clusters and holds numerous honorary offices in economically oriented institutions. 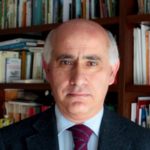 Vito Albino is professor of Innovation and Project Management at the Politecnico di Bari in Italy. At the same university, he is the founder of the Knowledge Management Lab, he chaired for six years the Dipartimento di Ingegneria Meccanica e Gestionale and served as vice-rector for research and technology transfer. From 2014 he is responsible of the team of the Politecnico di Bari for the development of the spaceport of Grottaglie (TA), the first Italian spaceport. He has been the president of the Board of the Italian Association of Business Engineering (AiIG) and the president of the Apulian technology district for Mechatronics (MEDIS). Vito is now President of the Agency for Technology and Innovation (ARTI) of the Apulian Region (Italy). He has published nearly 150 scientific papers and books. His research fields are related to innovation processes in production chains and industrial clusters with particular interest to environmental aspects and, more recently, to new space economy. 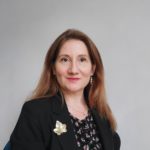 Rozenn Maréchal is in charge of research and innovation, transport, and social affairs at the Delegation of the Brittany Region to the EU since 2020. She holds a Master in international management from Kedge Business School, France (1998) and a Master in European affairs from Louvain La Neuve University Belgium (2004). After starting her career in the IT sector in Belgium, she worked at the European Commission in the external relations directorate for 3.5 years. She then spent 15 years in public affairs/lobbying and marketing/communication for two European industry associations (EVA -vending; Orgalim- Technology industries incl. its consulting services), she was notably Secretary to the MSSI Electrical initiative and Deputy Secretary General of CEIR. Rozenn was also an ad personam member of EURAMET (metrology) Research Council. She is also a Board Member of the Kedge Business School Alumni Association and the coordinator of its alumni network in Belgium. 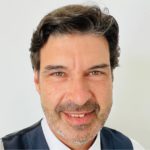 Duarte Cota has a BEng degree in Computer Engineering and is currently finishing a MSc in Computer Engineering and Web Technology. He is a technical and scientific consultant for the Portuguese delegation of ESERO – European Space Education Resource Office of ESA – European Space Agency for several educational projects in the aerospace sector and a member of the Technical Evaluation Board of EuRoC – European Rocketry Challenge, an initiative of the Portuguese Space Agency. He has two decades of experience teaching high school students. Since 2022 he is a member of the Azores Mission Structure for Space that has the main role of implementing the Azores Space Strategy and is also a member of the executive board for RIS3 Azores (Research and Innovation Strategy for Smart Specialization in the Azores) for the strategic sector of Space.

Perdita de Buhr is Head of Unit Economics, Energy, Transport and Housing at the Representation of the State of Hessen to the European Union since 2011 and has become a Member of the Management Board of NEREUS 2015. She grew up in the Netherlands and read law at the Universities of Passau as well as Münster. Once qualified as a German lawyer and additionally holding the legal doctorate in 1993, she started her professional carrier in the Saxon State Ministry of Science and Art, from where she moved to other positions related to Economics and Science, among them the Federal Foreign Office in Berlin.

He has been a partner and coordinator of a significant number of projects in H2020, Erasmus and Interreg calls. 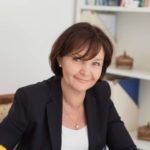 Ewa Janczar, PhD Eng. Deputy Director of Spatial Information and Digital Innovation, Department of Digitization, Geodesy and Cartography in Marshal’s Office of the Mazowieckie Voivodeship in Warsaw. Warsaw City councillor. Chairwoman of the Spatial Planning Commission in Council of the Capital City of Warsaw. Vice-president of the Council of European Municipalities and Regions (CEMR) and a member of the Management Board of Polish Counties.  She represents the local government side in the Information Society Team of the Joint Government and Self-government Committee.  In her work she deals with issues related to geodesy, spatial data infrastructure, digitization and the use of new technologies including satellite products in such areas as public administration, spatial planning, culture and health. In her professional career, she manages large IT projects  and participates with great success in obtaining EU funds for development and research projects.

This website uses cookies to improve your experience while you navigate through the website. Out of these, the cookies that are categorized as necessary are stored on your browser as they are essential for the working of basic functionalities of the website. We also use third-party cookies that help us analyze and understand how you use this website. These cookies will be stored in your browser only with your consent. You also have the option to opt-out of these cookies. But opting out of some of these cookies may affect your browsing experience.
Necessary Always Enabled

Performance cookies are used to understand and analyze the key performance indexes of the website which helps in delivering a better user experience for the visitors.

Analytical cookies are used to understand how visitors interact with the website. These cookies help provide information on metrics the number of visitors, bounce rate, traffic source, etc.

Advertisement cookies are used to provide visitors with relevant ads and marketing campaigns. These cookies track visitors across websites and collect information to provide customized ads.

Other uncategorized cookies are those that are being analyzed and have not been classified into a category as yet.

SAVE & ACCEPT
Powered by